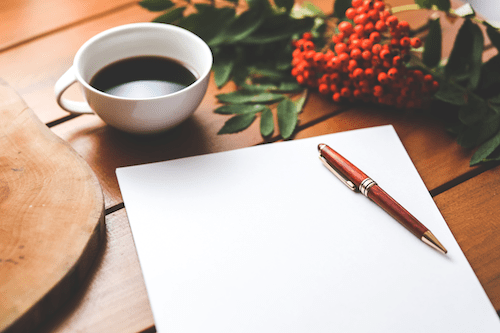 More than a Field

I’ve recently finished my first month as the new executive director for the Montana State University-Northern Foundation, and it’s an amazing time to be a part of all that is happening at MSU-Northern. While, technically, I am not an employee of the university — the foundation is a separate non-profit organization with the mission to support MSU-Northern students and the University’s strategic goals —my office is on the MSU-N campus and I, and our team, have direct daily interaction with faculty, staff and students.

New to the university system — outside of being a student myself — it’s been interesting to draw similarities between the corporate world and the world of higher education. For one, both are competing for their share of the market. MSU-Northern is doing all it can to be a leader among Montana’s universities. MSU-N boasts the highest achievement in placement rates among graduates. It has the highest starting salary for graduates of any four-year institution in Montana with many going on to earn 50 percent more than other graduates. MSU-Northern ranks No. 1 over all other Montana universities for upward mobility and No. 15 in the nation. Ranking No. 15 in the nation means MSU-N is superior to thousands of the nation’s four-year institutions all competing for students. So, if you attend MSU-N you’re already ahead of your competition out in the job market.

Yet, Northern is struggling to retain students and increase enrollment.

Universities today have to be on top of their game. Prospective students have many opportunities and choices, thus making the aesthetics of a campus all that more important. When high school students walk campuses to decide where they want to attend, they aren’t looking just at the curriculum — they can look that up on the website — but instead a key decider for where they go to school is the campus lifestyle.

Last weekend, the MSU-Northern Foundation, along with MSU-N, launched the public fundraising campaign supporting Chancellor Greg Kegel’s vision to keep our football games on campus. It’s never been done. We have always asked our students to leave campus to attend games. For me, as part of the Northern Alumni Foundation, the idea of encouraging alumni, friends of Northern and students to experience more events on campus is an exciting one.

But to be clear, the field is not just about football. It’s about marketing. It’s about enrollment. It’s about the future of Northern. MSU-N is competing for students and it’s been shown that improving athletics facilities on campuses boosts enrollment. A new field is a tool for recruiting full time equivalent — FTE — students. More FTE students means more money MSU-N receives from the state. More money that comes in from the state equals more opportunities for classroom and campus renovations and improvements. Thus, the field will better the overall campus initiatives in the long run.

I moved back to the area a few years ago and the change in Montana is clear. Small towns that typically supplied students to MSU-N don’t have the number of high school graduates to recruit that they once did as the towns’ populations shrink. The university must reinvent its tactics to recruit young adults from more populated urban areas to attend school in Havre. Despite its ranks as mentioned, it’s not an easy sell.

I’m proud to be working at the MSU-Northern Foundation. We are focused on a wide range of initiatives from scholarships to endowments, grants, and fundraisers that funnel money into campus activities and support the ultimate customer — our students. The foundation encourages all kinds of philanthropic giving, and we can assure you that if you want to specify where your donation goes, we will designate it to your wishes. The MSU-Northern Foundation is here to help you contribute to the success of Northern and leave a legacy for future students.

With MSU-N in its 90th year, we are focused on the future and all the great things we can do for this school. We will be asking for your help to evolve more than just the field, that’s just one element of the Chancellor’s vision for moving this institution forward. The success of Northern reverberates in Havre and along the Hi Line — bringing in huge financial revenue to the region. Its success is everyone’s success.

Join the foundation for upcoming tailgating events, our Alumni Auction 10/18, and Giving Tuesday in November. To volunteer, pledge, donate or stay current on our activities, http://visit http://www.northernalumnifoundation.org .